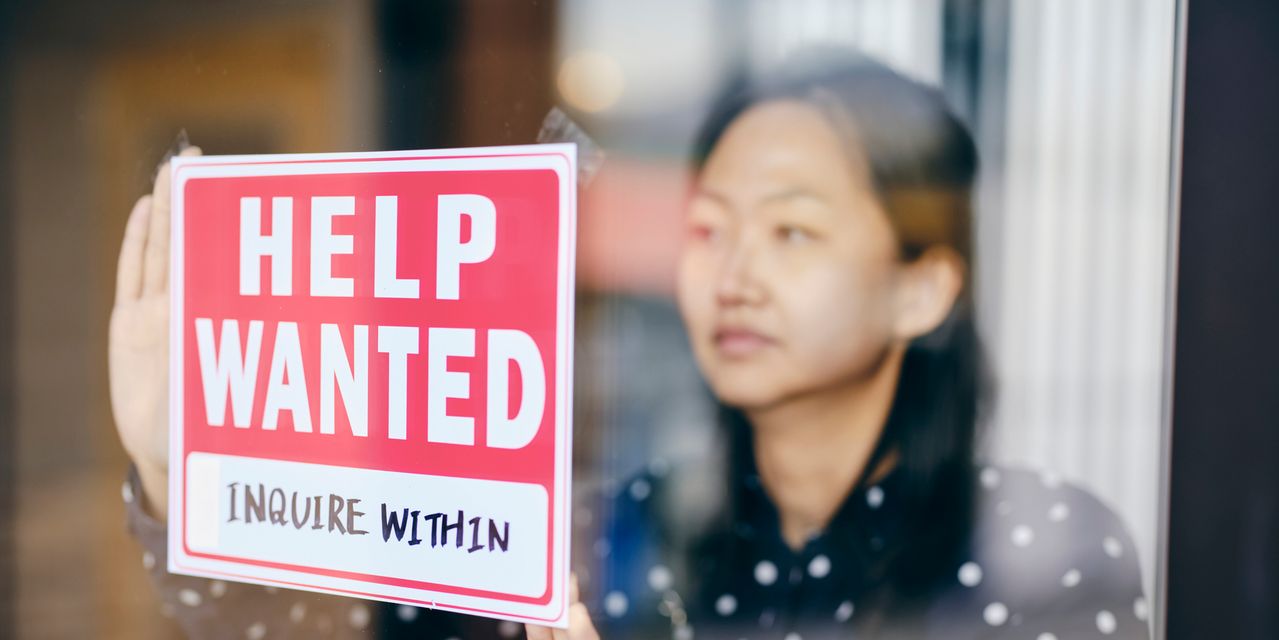 The numbers The U.S. added a sizzling 528,000 new jobs in July and the unemployment rate fell to pre-pandemic levels in a muscle-flexing display for the economy. Yet the robust report could add to inflation worries and push interest rates even higher.

The increase in hiring blew past Wall Street estimates. Economists polled by The Wall Street Journal had forecast 258,000 new jobs.

Hiring was broad-based as businesses created the most new jobs in five months. The number of people working finally returned to February 2020 levels — the last month before the pandemic.

The unemployment rate, meanwhile, slipped to 3.5% from 3.6%, the government said Friday, matching the lowest level since the late 1960s.

U.S. stocks fell after the report. While the big gain in hiring contradicts another key government report that suggests the U.S. teeters on recession, it won’t be viewed in a positive light by the Federal Reserve.

The Fed is sharply raising U.S. interest rates to try to reverse the worst spike in inflation in almost 41 years. Higher rates the economy by raising the cost of borrowing for businesses and consumers.

The shockingly strong jobs report is likely to persuade the Fed that even tougher medicine is needed, analysts say. The central bank worries the tight labor market is driving wages sharply higher and making it harder to get inflation under control.

“All the jobs lost during the pandemic have now been regained,” said Seema Shah, chief global strategist at Principal Global Investors. “But while that is positive news, markets will take today’s number as a timely reminder that there is significantly more Fed hiking still to come.”

Although some businesses have cut back on hiring or even resorted to layoffs, many companies are still filling open jobs. Most are offering higher pay for new workers or raising wages for current employees to keep them from leaving.

There were some red flags in the report. More people dropped out of the labor force, causing the labor-force participation rate fell again to a seven-month low.

These declines could portend trouble ahead.

Big picture: The economy has slowed as the Fed jacks up interest rates. Gross domestic product has fallen two quarters in a row, meeting an old rule of thumb for determining when a recession has taken place.

Yet the economy still rests on a solid foundation and that could keep a recession at bay. The U.S. labor market is the biggest strong point.

Surveys show one of the thorniest problems for businesses is finding enough workers. They might be hesitant to lay off lots of employees even as the economy slows given how hard they are to find, insulating the U.S. from a severe downturn.

The risks of recession are rising, however.

Key details: Hotels, bars, restaurants and other companies in the hospitality business added 96,000 jobs, reflecting a busy summer as Americans get out more often.

The one big negative in the July jobs report was another decline in the share of Americans who either have a job or are looking for one.

The so-called rate of participation in the labor market fell a tick to 62.1%, marking the lowest level since the end of 2021.

That leaves it more than a full point below its pre-pandemic levels even though the population has grown by more than 4 million since the onset of the coronavirus.

The lack of workers has spawned the biggest labor shortage in decades. It’s also helping to feed faster wage growth and contributing to high inflation.

Looking ahead: “The labor market remains a pillar of strength, holding up the economy even as the economy slows around it,” said senior economist Daniel Zhao of Glassdoor.

“A stunningly strong jobs report shows that small cracks in the labor market haven’t slowed the engine of the expansion,” said corporate economist Robert Frick of Navy Federal Credit Union, but “this isn’t the news the Fed wanted to hear, and this will likely cause it to push rates higher, faster.”

declined in Friday trades on the expectation that the Fed will continue to aggressively raise interest rates.

The yield on the 10-year Treasury note
TMUBMUSD10Y,

Add this stock to your watchlist

By using this site, you agree to the terms presented in our Full Disclosure & Disclaimer Page.

By Using This Site, You Agree To The Terms Presented In Our Full Disclosure & Disclaimer Page.